A letter of significance

North Bellport resident Georgette Grier-Key, curator for the Drowned Meadow Cottage Museum’s latest exhibit in Port Jefferson, is hoping others will immerse themselves in another time and visit the restored building on Saturday, Oct. 24. It will be the last day for a while that visitors can witness a high resolution letter written by Nehemia Marks, a British Loyalist soldier in the American Revolution, who penned that Nathaniel Roe was providing intelligence and his brother Phillips Roe was harboring supplies and goods.

They did it from Drowned Meadow, now known as Port Jefferson. Major Oliver DeLancey is the receiver of the letter.

“These are the villains that assist Brewster,” Marks said. He referred this intrigue to spy Caleb Brewster, who the Roe brothers passed information to.

“When we talk about the American Revolution, we talk about it from the Patriots’ perspective, so we now see patriotism on a Loyalist’s watch,” said Grier-Key.

It also establishes another interesting supposition: the extensive attachment to the Culper Spy Ring, established by then Gen. George Washington to aid the rebel cause. It was previously thought to only operate out of Setauket and Oyster Bay.

“This involves Port Jefferson residents and the spy ring was not just delineated to a small area,” Grier-Key said. The letter also ties in Mount Sinai.

Loyalists were generally wealthy and well educated, Grier-Key said, good for us in this case, because they knew how to write.

Among other things, Grier-Key’s task was to authenticate the letter, a fact-finding mission to join relevant pieces explaining its importance and the people surrounding it.

“The letter was quite striking,” Rothenberg said. “It proves there was espionage going on in Port Jefferson. There were a lot of spy rings, but the Culper Spy Ring was the best organized and it’s entirely possible.” Grier-Key would come in periodically. “I’m in charge of the local history room and she came in to do research,” Rothenberg said. “Basically, my job was to try to answer her questions and lead her to sources.”

Grier-Key credited Mayor Margot Garant for initiating the exhibit and the village board; Garant had information about the letter for some time. But the letter came to light because of Mark Sternberg, a documentary filmmaker from Manhattan who conducted research on the Culper Spy Ring and brought it to Garant’s attention.

“Port Jefferson Village worked to save the house and it’s taken some years to have it restored,” she said. “Dr. Bob Sisler, the village historian, did a lot of original research. But we had to go back to primary resource documents, maps, genealogy records, old names of towns; there’s no other mention of Drowned Meadow from here to Brooklyn.”

Garant indicated she was thrilled. “It is quite exciting to be standing in the circa-1755 restored home of Phillips Roe [now the Drowned Meadow Cottage Museum] with the authenticated letter from General Oliver DeLancey, which cites Drowned Meadow [now Port Jefferson] and the brothers Roe as being integral to the success of George Washington’s spy ring,” Garant said in an email. “We are proud to display this living history and surviving structure and open our doors to the public.”

The primary letter Nehemia Marks wrote to Major DeLancey is housed in the University of Michigan at the William L. Clemens Library as part of their permanent collection. There were phone conferences back and forth with their librarians.

“The Roe family itself had a predisposition to service; they were minutemen,” she said.

Captain Austin Roe, the original owner of Roe Tavern in Setauket and then a Roe Tavern in Patchogue, as well as the Roe Eagle Hotel after the American Revolution in Patchogue, is another relation. Also believed to be a member of the Culper Spy Ring, he was originally buried in a cemetery on Roe Boulevard and was re-interred locally in Cedar Grove Cemetery in 1898. His son Justus, was also a Culper spy.

“The Culper Spy Ring was a network of close friends and relatives,” said Rothenberg. “The Austin Roe connection is really not 100 percent proven, but it is more likely because they were relatives.” Rothenberg said Austin used his tavern in Setauket and his travels to New York for supplies as a ruse for spying.

Grier-Key began working on the exhibit in June and reached out for historical artifacts and furniture. The Southampton Historical Museum was a main source
for help and the exhibit opened in August. “ We have little vignettes of a bedroom, what happened in the kitchen, a snapshot into life then,” Grier-Key said.
“There’s also Phillips Roe’s will and his probate.” 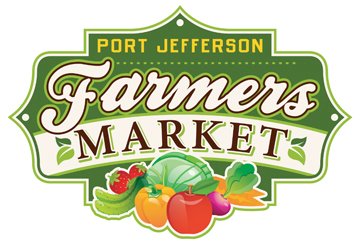